Currently we get SESSION_HAS_VALID_POOL_ON_EXIT (ab) BSODs regularly on our Windows Server 2012 servers. These servers are used as XenApp servers and therefore a BSOD on such a server is pain in the ass when you have 50 users or even more working on such a server.

Finally Microsoft confirmed that this is a bug and they are now working on a fix. I will update this post as soon as I get a hotfix that resolves the issue. 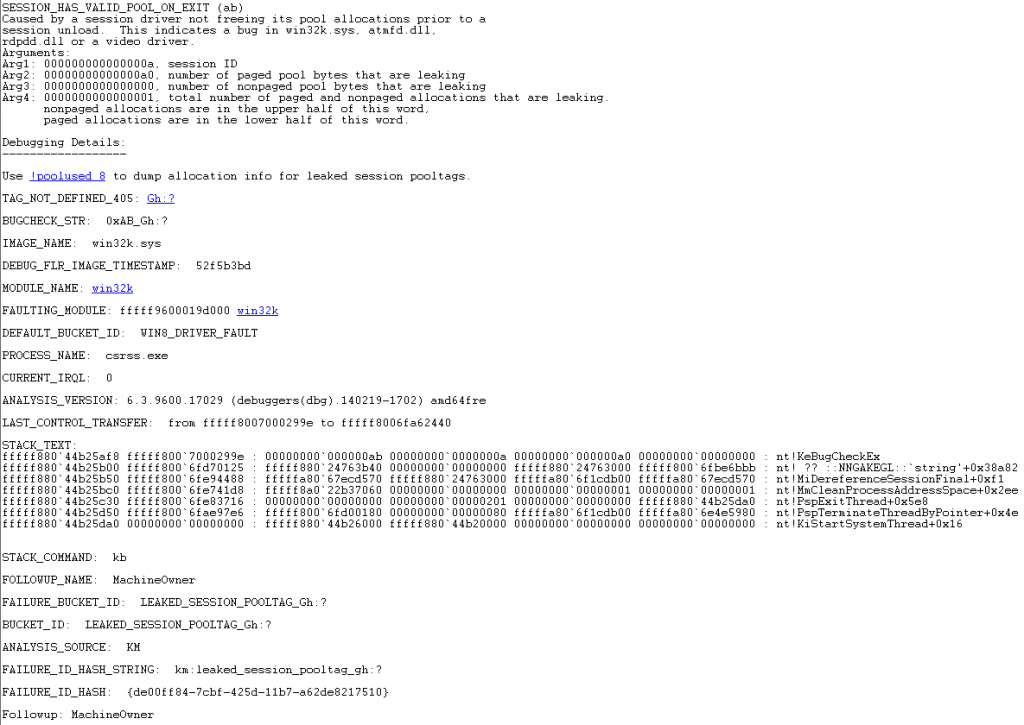 Update 05.09.14: I got a private hotfix from Microsoft that definitively fixes the issue. I informed the Microsoft engineer today that they can start to initiate the process to release a public hotfix. We have seen the BSOD 1-2 times per day, and it completely disappeared since we applied the hotfix. There seems to be another bug we discovered by another BSOD that Microsoft is analyzing, but finally no AB BSOD!